Looking Within, Reframing the Past

On Healing And Learning to See the Wondrous

“…people can change the way they see. If they do, they’ll see that I’m a wonder. [..] We’re all wonders!” excerpts from “We’re All Wonders’, written and illustrated by R.J. Palacio

Part of my journey of self discovery has included exploring and reaching out to the autistic community in cyberspace. This has proven a most empowering resource. The most rewarding discovery has been the most recent one, groups not just for autistic adults, but also dedicated to supporting adults at some point of their path towards probable self diagnosis, clinical diagnosis and acceptance of the outcome. I shared my first published entry “I Didn’t See This One Coming” and received much-appreciated feedback from some of the members. One of them stood out and I’ll share a part of it (anonymously) with her consent:

“…I wondered […] since you’ve realised that you are likely an Aspie, have you found yourself trying to ‘undo the damage?’ And by that I don’t mean the obvious psychological issues. I mean unlearning how to be normal. Don’t know if I’m making sense. But becoming aware of how I react inside and realising nearly every external reaction is nothing like my internal reaction. I had just assumed everyone did this, and repressed emotions. I want to be that kid who didn’t care…before I became this anxious adult…!”

I definitely wanted to explore this issue, but my mind was racing and shooting ideas all over the place. And my daughters had both been “interesting,” by which I mean “driving their mother and me nuts!” But rest assured, peace descended over our home finally! My 8 y.o. finally started to verbalize some of what had been bothering her. She pointed at her sister and said; “I don’t like when people laugh at me.” That merited a pep talk to her big sister about this behavior, and how even something like this can be very hurtful. We had to discuss the “B” word (Bullying), something my older daughter experienced, too, in a previous school. One troubling aspect of this phenomena is the pressure to conform, to “assimilate,” even to join bullies, simply to be on the safe side of the fight. We would like to think that these bullies either outgrow it or otherwise are not part of the picture as we grow into adulthood. But I think some of them never really outgrow it, and go through life looking for another human chew toy to play with. It’s more than a bit frightening that not only do we have to deal with the emotional scars of childhood, but we have to protect ourselves as adults, too. I feel that a lot of us neurodivergent “late bloomers” used our “learning to pass” as a major defense mechanism against this abuse. But also, autism did provide a level of protection, in the sense of being oblivious to the teasing, etc. in many cases.

I remember one time when my wife took our younger daughter to play in the park when she was about 2 1/2 y.o. She enjoyed going to the park, but her behavior was markedly different from the other kids. Some teenage kids started to make fun of her. She was totally unaware of the situation. My wife was devastated. She came back home sobbing and got stuck in a deep depression for days. You see, in different ways, none of us in our family is “typical.” My wife grew up with a learning disability, and was the target of plenty of bullying herself. She was basically bullied out of Hebrew school! It’s a wound that never healed completely. Imagine the pain and fear of realizing your own kids being potential targets of the same abuse!

I think I was pretty clueless most of the time in my earlier years, and I had the advantage of quite advanced verbal skills, but just like it happened with my daughter, there was that moment of “loss of innocence,” the moment when you realize that no, they are not laughing with you, they are laughing at you, that YOU ARE THE JOKE! I think that moment for me was when I was about 8 y.o. in school. I must have had some sort of meltdown after being teased by another kid. Next thing I remember, we were being pulled apart! Apparently we had been fighting (and he was beating the living daylights out of me too, I was told). But even though I could not remember the actual fight, not the punches, not even the argument that caused it, I kept crying, crying and crying some more. I was ridiculed more for the crying than for anything else! I was a smart kid, and started to notice I did not react like the other kids, in terms of emotions, leaning towards too little or too much. Books at that point were already my refuge, and I found comfort in some sappy “inspirational” quotes about tears, probably from one of those Reader’s Digests my Mom would keep around. I promised to myself to never be embarrassed of my tears again. I tried. But I think I still let myself down. I started to redouble my efforts to “be normal,” with only partial success, I might add. My little one is progressing so much now, and I hope for her to be able to become independent and productive in a setting that suits her capabilities and strengths. But at the same time, I would like her to be more aware and accepting of her true self. Suppressing my nature came with a heavy price. I’m still uncovering how much it cost me.

My daughter asked me that night to read a book with her. It was “We’re All Wonders” by R.J. Palacio. The book is quite the little jewel. Auggie, our hero, is very aware that he is different, because he looks different, and he can’t do anything about it. He hopes that others can learn to look at him in a different, more compassionate way. But for us, it’s not about looks. We don’t look different, but we think and behave differently. And some people who would not dare to bother someone like Auggie would still feel that we are fair game! That we need to eliminate any trace of our uniqueness to become another “typical drone,” no matter the price. Even worse, I fear for the internalization of this rejection and the compromised sense of self-worth that this might entail. I hope NT’s learn to look at ND’s with kindness. But I want even more that my 8 y.o. daughter, and the confused, crying 8 y.o. boy within me, and the 10-year-old girl bullied out of Hebrew school still hurting within my wife, and the 5 y.o. bullied mercilessly by bratty kindergarten “Mean Girls” to the point of sickness, still casting fear within my older daughter, to always remember, borrowing the closing words of R.J. Palacio’s book [words in brackets are mine]:

LOOK [AT YOURSELF] WITH KINDNESS AND YOU WILL ALWAYS FIND WONDER!

2 thoughts on “Looking Within, Reframing the Past” 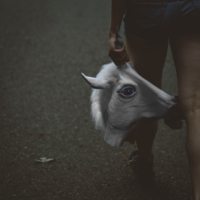 My Journey Through Borderline Personality Disorder, Depression, And Anxiety.

Musings of an autistic college student

Site Title
Awesome, with Some Difficulties

A journey on accepting my Autistic self

People and Planet must come before the bottom line.